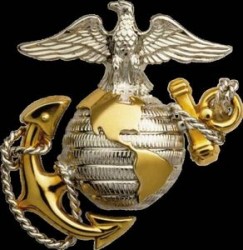 The answer, in the short term, is simple:  It’s Time to Give ISIS what they want.

In August of 2014, when James Foley was brutally murdered, I wrote another essay called “Why we don’t win wars anymore and embolden organizations like ISIS to attack our citizens” where our enemies know that we do not have the will to fight, truly fight, and win. And here we are, nearly a year later, and the end result of our current “fight”, is more Americans dead, more American rights trampled on by our own government, while we have barely lifted a finger to protect Americans at home and abroad. And it’s not because our Service members don’t want to fight, but the political expediency of our current administration and congress, Democrat and Republican alike, the cowardice of politics, and our failure, as a Nation to remember our history and capabilities.

The answer is not:

The answer is to Give ISIS what they want.

This is not a capitulation. It’s understanding what needs to be done, understanding that we are the only nation that can do it, and we should let the Marines lead the way. Graeme Wood’s seminal article on ISIS provides the background needed and should be required reading for all Americans that seek to understand. http://www.theatlantic.com/features/archive/2015/02/what-isis-really-wants/384980/ But I disagree with his thought that we should just sit and wait and not take the bait. The gist:

It’s time to give ISIS what they want, a Western army in Syria, with a warrant and will to win. I suggest that army be led by those “First to Fight.” The Marines.

Too often, Marines have been hampered by the politics to the point of absurdity that you would read in a book like Catch-22.

When in Kuwait, we were not allowed to have contact with the Bedouin tribes (considered non-citizens by the Kuwaiti government), which included feeding the starving Bedouins (although many a Marine disobeyed that order and “dropped” boxes and boxes of MREs). The Kuwaiti’s did not want contact, under “religious” grounds, but it was more that they feared the Bedouins would get the wrong ideas about their second-class status in Kuwait. They would rather let their own people starve. This is the country we saved, and where the latest murderer came from.

Our current President’s strategy has been to train “moderate” Syrians and the occasional airstrike while Minorities, like the Kurds, the Druze, the Yazidi, Christians and Shiites are facing genocide in the Middle East. Our allies move slowly, and we, the country that is supposed to protect the underdog, allow this murder to continue, except for some airstrikes. This has led directly to ISIS continuing to strengthen and to attract both true jihadists, dabblers, and the plain old bat-shit-crazy.

This is not just a complaint against Democrats. Nor is it an endorsement of the Hawks, who too often have not actually fought or served themselves. Nor is it to support Republicans that are too busy clucking and complaining about our current commander-in-chief to actually do anything other than “the opposite of our president” as a strategy.

Republicans are also complicit in the needless deaths of Marines, other servicemen and Americans. In Beirut, October 23, 1983, we lost Marines on the altar of political expediency via the Great Communicator Ronald Regan. Marines there, as sentries were not allowed to have magazines inserted or rounds in the chamber of their weapons, and a driver in a truck full of explosives exploited that weakness. It has been clear that Iran (our not-an-ally-but-an-ally-in-the-war-against-ISIS) and Hezbollah (supported by Iran and Syria, our other not-an-ally-but-an-ally-in-the-war-against-ISIS) were directly involved in the bombing of the Marine Barracks. The very country and terrorist organization Ronald Regan, George Bush and the Iran Contra gang (including one of our own) was sending weapons to as part of clandestine operations.  Years ago, I asked a fellow Marine why he didn’t like President Regan and he said, “How would you feel if you found out your commander-in-chief was giving weapons to the guys trying to kill you?”

We find that limited war, political negotiation and waiting for allies to truly step up (e.g. Turkey allowing the massacre of Kurds and Yazidis) do not work.  And we complain, while we pay 5 dollars for a cup of coffee, buy the latest iPhone, and have 3.2 cars per 2 person family, that we can’t possibly afford another war.

But for all our political and financial selfishness, we are allowing our Marines to be Sacrificed. Defenseless. And we tut-tut about it, yell again about security and gun rights, and getting Islam out of the US, and only supporting a Christian nation (to include the idiots that think this has something to do with taking the ten commandments down or not praying in class), but the correct answer, the only answer, is to bring the fight to the enemy. Giving guns for self-defense here, is still waiting for the enemy to come. Let’s come to them, and not just with missiles, drones and bombs. And don’t have an artificial timeline. And let the Marines lead the way.  Unfetter them. Let them do what they do best. After yesterday, if you let the Marines plan and wage the war against ISIS, it won’t last very long.   And then bring the Marines home. The right way.

And it is exactly what ISIS has been asking for.