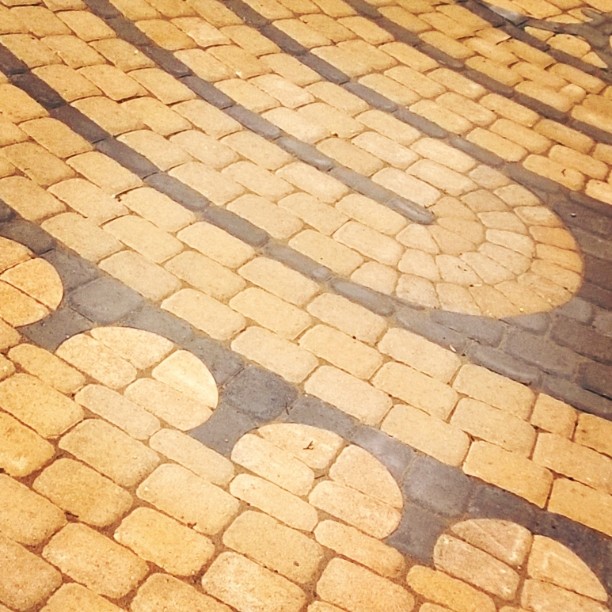 Change has never made me uncomfortable. I’ve always welcomed the different and new and never doubted my capability to accept change. Until recently. Then, looking at my life through a new lens is that the constant change I lived through (others may call it constant chaos), was a coping mechanism. That by accepting all those changes, I could avoid looking at the messes left, or the fear I would be found out. Pack up, move on. My journey of excitement in discovering new places, areas, jobs, people, was also the journey of avoiding what I had left. I still tend to move with the wind and accept where I end up and do not fear what may be in store, but I also am looking to the past and repairing and fixing what I can.

Sometimes when I wake, sometimes when I stay awake, and pretty much every time an issue comes up due to a failure (real or perceived) of mine, no matter how small, I hear the following words. It’s my new Mantra, replacing “Don’t worry, ’bout a ting.”

“If you weren’t so smart, you’d be homeless.”

This wasn’t an insult. It was, oddly, commiseration, and a wake up call, to stop ignoring anything I didn’t want to deal with and perhaps a slight admonishment that it may be time to grow up, just a little. Two sessions later, the second words, that repeat in my head, over and over.

“And how is that working out for you?”

The change came end of July, a year ago. I had always relied on a quick wit, humour, a small amount intellect and a dogged determination to turn things to my advantage, BUT…only after I had let things get to a crisis. The current crisis, fueled by overconfidence, a forgetful mind, a few personal issues and near a metric ton of unopened mail (court appearances, fines, fines for fines). At the end of July, I had written an excellent brief to the court, a full accounting of why everyone else was wrong and I didn’t really owe all those EZ-Pass fines. I had a long road, multiple items to overturn, to deny, and to negotiate. I put on the suit, both the cloth one and the charm one. Combed my hair, smiled. And presented my case.

With his small pinky, or perhaps he just leaned over and let out the gentlest of puffs from his lips, the judge tipped the first of many dominoes I had set up against me. And the falling domino hit two more, until a couple of months later, they were all leveled. Total cost – $55,000 and counting. Lawyers, Fines, Fees and pissed off people. I wasn’t a criminal, I just got some missed tickets in the mail, forgot to open mail, forgot to pay that bill, and always assumed that I could, at any time, through sheer force of will, move that railroad junction from the rails to ruin to the happy path I should always have. So I did what any sane shit show would do. I hit the psychiatrist trail, and for the first time, looked in the mirror to figure out what I truly needed to do, to confront that which has controlled most of my life.This isn’t a sad story. I’ve lived a good life, and there are so many with struggles that make mine the greener grass for many people, but it has prevented me from becoming. Becoming more. And so many of the things that happen to me – the funny moments – still are funny, they are just looked at through a different lens.

Often, when I think I can manufacture that crisis for the rush of figuring it out, or I can procrastinate because after a few weeks, I can just pull that all-nighter, I hear his voice.”If you weren’t so smart, you’d be homeless.”  And it’s a good reminder because I don’t feel so smart, and each year, the cobwebs seem to get a little thicker. I still struggle with understanding the words “I’ll do that later.” have the same meaning as Edgar’s Raven croaking “Nevermore” in my world. And when ever I complain about putting a schedule and routine together, to structure my life, that life that is meant to be lived wild, unstructured, free, and not like a hamster on a wheel (aka everyone else), I put the brakes on that terrible two-year old in my head and ask:”How’s that working out for you?” And my answer, “It’s not.” I’m still not perfect, I still hate routine, but I use my calendar more. I use my notes more. I rely less on me “remembering it for later.”  and “Now or Never” has new, stronger meaning for me.

The hardest part – showing this messed up inner world of mine to family and friends. To stop declining invites, to opening my home and world up to others, to isolate less. To explain my struggles…and confront the fear that I am less than in their eyes. The typical responses as I’ve opened up a bit more to people –