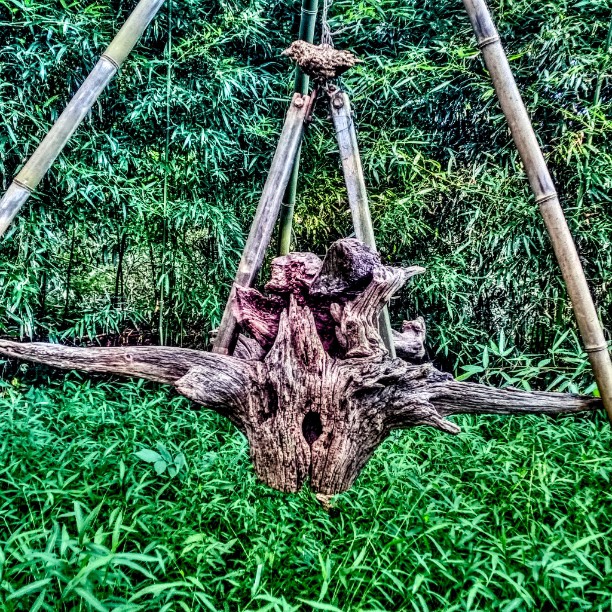 The word ineffable popped into his head anytime he thought of her kissing him. The word bothered him, it didn’t do her lips, how they pressed firmly and softly at the same time, any justice whatsoever. Or how her mouth blossomed onto his. He never wanted to lose that kiss. And wished he could describe it. Or at least have the fucking imagination to come up with a sexier word than ineffable. But fuck! Those Lips!

“In-fucking-effable.” The word took on a life of its own and Robert John James, he of the world’s most boring name, lay awake for the umpteenth night in a row, unable to sleep. And every moment that trudged by was one more that he would be useless tomorrow. How useless he would be was beyond description, it would be …

“Fuck!” He winced as it popped back, uninvited, into his head. Ineffable. Useless. Lips. He lay there, frozen into inaction, laying awake. He thought maybe if he imagined her kisses, he could rub one out and that would help him sleep, but every time he started, that damn word would seep into his consciousness and…self-coitus-interruptus. He thought of everything and nothing trying to fall asleep. Which made him more awake.

The ceiling fan clicked every few seconds, which it did anytime it was turned on too high. Hummm…Hummm…Hummmmm…Clack! Hummm…Hummm…Hummmmm…Clack! Hummm…Hummm…Hummmmm…Clack! Was that keeping him awake? Probably. And he probably should turn it off. But he laid there instead, too tired to get up and turn it down, and hoping he could ignore it. Instead, he was getting pissed off further and further. Which made him even more awake. He had to stop thinking of the noise of the fan, that fan he wouldn’t get up to turn off, in the vain hope he would eventually tune it out and fall asleep…which never worked all the other times but this time, THIS time, it would be different. He stopped thinking of the fan, the noise fading into the background because of those lips, those ineff…”Change your thoughts, stop those thoughts!” he yelled at himself.

His stomach grumbled. “Am I hungry? Or just bored? Or maybe I’m thirsty?” he thought. But he was too lazy to get up, hoping it wouldn’t keep him awake. Hungry. Horny. Thirsty. Bored. Clock watching. “Three-Fucking-Thirty AM.” The light in the bathroom that he forgot to turn off shone in his eyes, he rolled over so it wouldn’t keep him awake. He hoped. “Maybe I should just get up and turn it off? No, I’ll be able to ignore it, and I’m too tired to get up and turn it off. And if I get up, I’ll have to piss. Wait, do I have to piss? Dammit to hell”, he thought, “I have to piss. Maybe if I just lie here, it will go away.” And James Robert Johns lay awake, avoiding doing anything that may get him out of bed, for fear it would wake him up. “Three Forty Three. No wait, Three Forty Four,” he bet himself. He counted to ten. Rolled over. Looked at the four glowing red blobs. His glasses, just out of reach on the bedside table. He could put them on. But that would admit defeat, and that he was staying awake. Instead he grabbed the alarm clock and moved it closer and closer to his face until the two inch tall numbers could just barely be read if he squinted just right. Three Forty Five. “Well, it took me a minute to read it, I was right”, he thought.

Three Four Five. Three Fucking Four Fucking Five. A pattern. He started thinking of other patterns he noticed. Like everyone, he would see 11:11. But it really didn’t mean luck, because he saw it earlier. 4 ½ hours ago. Ish. If he were lucky, he’d be asleep. But 1111 was what in binary? Fifteen. Yes. That number didn’t mean anything either. 1+5= 6. Nothing special there. But wait. 6=1x2x3. Another pattern, just like 345. He looked at the clock. This time grabbing his glasses. 3:47. Fuck. John James Roberts was driving himself crazy trying to force sleep to knock him upside the head.

Out of the corner of his eye, he caught a small blink. He focused on that, as best he could, wondering who would be shining a light into his room. “What now? Don’t they know I’m trying to sleep?” And the blinking continued. Slowly. Never changing. Not faster. Not slower. Not closer. Not further. Just floating there in the space. The man with the most boring name in the world took what seemed like forever (it was really 3:51) to realize he was on the third story of a building with no others close by. “Well what could it be then? Shit. Someone’s flying a drone outside of my window. I should get up and close my blinds”, John Robert James thought. “But then I would probably wake myself up. What the fuck are you talking about, you’re already awake. Yes, but if I get up and do the blinds, then I might have to go pee. And if I pee, and I’m up, I’ll want to get something to eat. And then I’ll be up even longer. I should just lay here.” The light blinked. He turned away, and the bathroom light he left on caused his pupils to shut faster than Suzie Ortman’s legs when he accidentally grabbed her crotch instead of the popcorn on his first ever movie date so many years ago. She never believed him.

“DAMMITT!!!!!” He yelled. And again “DAMMITT!!!!”…He threw the blankets off and stomped angrily to the window. Looking out for the light. He didn’t see it anywhere, and turned around to get back in bed, paused and thought better since he was already up. He closed the blinds. Started towards bed, paused again and diverted to the bathroom. On the way in he saw the scale. “Don’t do it,” he told himself, “Don’t Do It, always weigh at the same time, in the morning when you get up, (which also, coincidentally, is when you are usually the lightest)”, he thought, and smiled at his mental parenthesis, as he stepped on the electronic, body fat measuring, wi-fi connected scale. The numbers went up quickly, and over his weight the previous morning.”Dammitt! I knew it!” he said, jumping off the scale. He quickly lifted the scale up, and pulled the batteries out before the wi-fi could connect to his fitness tracker and report that he got fatter today, and left the scale, cover and batteries strewn on the floor. “Don’t want to take time to put it back, it might wake me up.” He lifted the seat he had no reason to keep down and pissed. Long and hard. Well he wished it was, but he wasn’t 20 anymore. For a fleeting second he worried about his prostate. Or what is prostrate. He postulated, “Prostate, Prostate, Postulate,” and thought the word prostate. “Hmmm. Pro-State.” Would that make him Republican? He joked to himself that he hoped not as he shook before walking away from the toilet. He walked past the scale and suddenly a spike of pain caused him to jump. He looked down at the sharp cornered battery cover he left there just seconds earlier, while his heart thumped in his chest with the quick shot of adrenaline that had allowed him to jump higher than he had in years. “Well I’m awake now”, he thought and put the scale back together. He walked away and then right before turning the light off stopped and slid his boxers off, turned around and stepped on the scale again. The numbers shone and a heavenly choir went off in his head. He lost .1 lbs. He hoped the tracker caught that. Smiling now, in a good mood, he drank a glass of water at the sink, hoping he would feel less hungry, turned off the light and jumped into bed. He was tempted to check the clock again. He cracked his eye open and saw that blinking light again. The drone somehow was able to shine the light through the window AND blinds. And as he reached out to block the blinking light, his hand knocked his cell phone off the table. I’ll get it in the morning he thought and then as he closed his eye, he noticed the light was no longer blinking through the window.

“That’s Odd”, he thought to himself, as he felt the cotton veil of half-awake cover him. And then “It would really suck if a fly started buzzing now. Wait. Please don’t do that. For the love of god.”

“For the love of god, Montressor!” he thought.

“Yes for the love of god” he thought back to himself pleased with his literary chops.
And as the veil covered him further, he thought he heard the jingle of bells in the distance. And those lips, the thought of those ineffable lips, caused a tear to roll out. And he didn’t know if it was the word stuck in his head that kept him awake, the frustration of fatigue, or the lips that he never had kissed outside of the visions he wished were real. Either way, that tear rolled away, and sleep soon came.

John James Roberts opened his left eye slowly. The room was brighter than it should be. Half asleep, he closed the left eye, and opened the right, hoping the room would be darker. It wasn’t. Yet the light was diffused. And he was confused, until he saw the blinds, shut from the night before, blocking the sunlight that usually woke him during these summer months. He reached over for his glasses and looked at the clock. 9:yourefucked AM. What happened? He reached for his phone, that wasn’t on the table. He looked on the floor, and saw it, on the ground, unplugged. The power LED, no longer blinking. He blinked outwardly, slowly as comprehension settled in. Our everyman laid back down and pulled the covers over his head, hoping he was still asleep and dreaming. Just five more minutes.