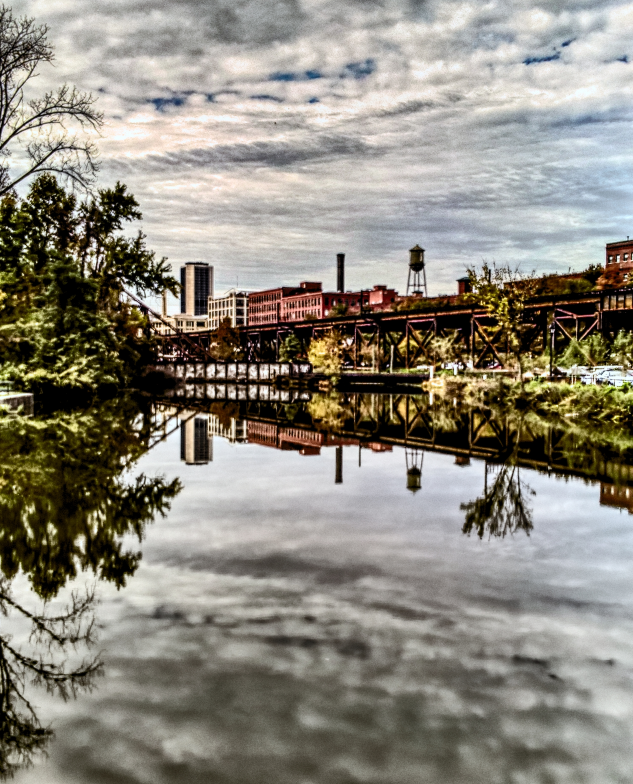 I have three daughters

I was staring at a photograph. Still water reflection. And in my head, was the thought, similar to one that we hear often, that your children are a reflection of you. And I think that is true to a point. But then there is the time where the picture of you starts to fade, the lines grow fuzzier and that of your children gets stronger and clearer. You now are the reflection of their image. Not sure when the picture reverses like that, but it does.

As a parent, no matter how many books we read, no matter how good of advice we get, we always have that self-doubt, questioning, “Am I a Good Parent?” and “Will My Kids Be Ok?” These aren’t rhetorical questions, these are hard, existential questions that must be answered.

And we, as parents, tend to take the blame for any hardship or failure our kids experience. Our children may not believe that. They hear us say “I told you so” a hundred times and we do what we can to guide their behavior the way we think they should be.

This cycle has run a thousand times in my family alone. Yet we somehow never can seem to get it right – knowing we are doing right, and knowing that there will be hard times anyway. And we are told all the time, that no matter what, in the end, the kids will be alright. We see the negativity in the media, the missing kids, the drug use, the kid dying for eating something they shouldn’t, every fear a parent has being shown daily and we want to shield our kids from that, and put them in the bubble. Because we love them so much.

Hide them away from not only evil, but those that could be evil or do evil.

Keep every allergen, potential allergen and unhealthy item away from them.

Silently judge other parents with how they care for their kids and think “I would never do that.”

And put them in a hermetically sealed family bubble to keep the darkness away, yet somehow let the sun in.  We want to remove their obstacles. And in place of all that, what we don’t realize is we put different obstacles in the way, where our children don’t feel the connection with us or with those that surround them.

They hear disapproval, because we yell at them. When what we are really saying is “I don’t want you to have to experience what I did.

They are afraid to talk to us because we don’t talk facts with them and they then learn the facts, without context elsewhere.

They’re afraid to make mistakes because we look for perfection and put the fear in them that no mistake is recoverable. Even as we make mistake after mistake.

And we don’t even realize we are doing it.

I have three talented daughters.

Another did so well in school, even though she seemed to change schools every year, and she got close to $100,000 in scholarships.

And the third, she was a force to be reckoned with in Sports. Almost every sport she tried, she excelled. She won awards. People would ask how long she’d been playing a particular sport and then be shocked when I’d say it was her first time.

I have three daughters who struggle every day.

One went to college. She took a year off because. She lost a scholarship. And I yelled at her, every day to be better. What she didn’t hear is I already believed she was better, better than me and I didn’t want her to lose that.

And one, got pregnant and dropped out. She refused to give up her baby. And I yelled “I’m too young to be a Grandparent.”  And what she didn’t hear was the fear that those early choices will set a path for her that is almost impossible to change with each year that goes by, much like mine.

And with every action I did that distanced myself from them, inside I was wondering what I could have done different and better.

I have three daughters.

Two are graduating from college this month. One did it while driving 150 miles round-trip every time she had to go to class. Her friends and boyfriend think so much of her that they will drop anything to help her.

The other is graduating half a year early. She did that to save money and to move on. She asked to learn to drive and gets behind the wheel and is as self-directed as they come.

And my last, is the mother of a beautiful son. She is standing more and more on her own now, making decisions at a young age, for herself and son that I can’t imagine. She bought her own car and found her own place to live, and pays her own rent.

And I hope for all three, that they hear my pride and unconditional love for them and not the harsh words of the past.

I am proud of each of them and am in Awe of what they can do when they decide what they want.

I still wonder what I could have done better. I still blame myself for when things don’t go well. I still worry and wish I could protect them from everything. I don’t have advice to change all that. And I want them to not make my mistakes again.

But what I am saying is let them know it is unconditional. The love is there whether they graduate, early or not at all. It’s there when you’re frustrated, not just happy.

And let them know you are proud of them always. Not the false, self-esteem pumping words. And not the “You are so much better than everyone else baby-genius” but an honest, real, “I’m proud of you and of who you’ve become.” Because you should be. And they need to know it earlier, rather than later. And need to hear it in your voice, between you and them, not in front of others.

Because if  you don’t, there will be a time where no matter what you say, no matter what comes out of your mouth, their ears will hear something different.

I have three wonderful, beautiful, amazing daughters. Not because of what they do or don’t do, but because they are my daughters and nothing will ever change that.

And to each one of you, I love you unconditionally and I’m proud of you. Even when this comes a little late. And I promise to tell each one of you this, in person, one on one. And more than once. Because you deserve to believe it.