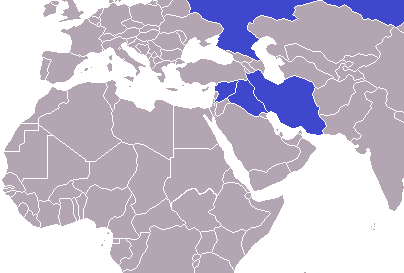 I no doubt believe if the United States put real effort against ISIS, we would win in short order. Our president talks about bombing and a refusal to put boots on the ground. A few days ago, I posted a comparison meant to show how we are not taking the ISIS threat seriously, comparing our responses to Pearl Harbor, 9/11 and the recent terrorist attack in California. A Simple Table Comparing Three Attacks on US Soil

The key is that our president feels boots on the ground should be Arab/Muslim in nature AND should not come from the United States and therefore we are providing bombing/air power only and that by doing so, we are still treating ISIS as a Serious threat. However, his timidity over the last 3 years in dealing with ISIS, while misleading the American public has put is in even graver danger. And one that could have been, and still may be, prevented by putting said United States of America boots, of a serious number on the ground.

We mention that other allies are bombing as well, but the Arab allies are running on average, one sortie a day. So that leaves pretty much Us, France, and…Russia, who is also talking about putting boots on the ground. Who does Russia support? The Shia-supported (read IRAN and Hezbollah) ally, Syrian president Assad. And who does Russia bomb? ISIS or our Allies? Mostly our Allies.

In this three pronged struggle for Syrian supremacy, we have three major factions (not counting Kurds, Assyrians and other groups that are NOT looking to run Syria).

Looking at the equation of support in all three of these groups and the US steadfast determination NOT to put many boots on the ground (I think the grand total here is about 1,000), and the Russian plan to not only put boots on the ground, but threaten Nuclear use as well, which group do we think will end up victorious? I put my money on door number 1. Syria/Assad.  If Assad stays in power, he will have a lot to owe Iran and Russia and a need to redirect the anger within. With the Iranian embargo about to be lifted, all three economies function on Oil. Syria is the poorest in terms of reserves and after this war, infrastructure.

We no longer can assume status quo of Syria, should these countries become victorious. The Axis of Iran-Syria-Russia is something we, and our allies should fear, and truly a possible flashpoint for a far broader war. Once they win, do we really have confidence in our Arab (Sunni) allies of the Arabian Peninsula and Jordan to take on Russia and Iran directly? And where, once Assad remains in power would that flashpoint be?

The Golan Heights. Formerly of Syria and currently in Israel. In the past Syria always wanted to reclaim the heights but knew Israel would wipe the floor with them for the umpteenth time. But there would be additional motivation now…

Israel has discovered one of the largest recent oil reserves in the world in the Golan Heights. It’s estimated to be enough to make Israel 100% energy independent. With the now doubly nuclear axis of Russia and Iran aligned with Syria, a need to repay support, a need to redirect Syrian anger, it’s not a hard stretch to see Syria, backed by Russia, Iran, and Hezbollah, attacking Israel again. This time, for money as much as pride. And this time with a fighting force hardened by years of winner take all war.

And who would side with Israel? Would we commit to doing more than a few dozen bombs a day? Would we commit to confrontation with Russia (our recent history is weak with that, with lukewarm support against the Ukrainian invasion and Russia’s bombing of our Syrian Allies)?  Would anyone take our current President’s threats about crossing any line seriously after Assad crossed one line after another and we did nothing, before Russian and Iranian involvement?  We have encouraged these countries to be bolder in the Syrian conflict and once ISIS is defeated (and it will be, the question is just when and how), right now, the smart money would be on Assad, Putin and the Grand Ayatollah to be the true winners.

If we continue down our current weak path, we not only commit Syria to additional genocide, but throw Israel and any chance for long term peace under the bus as well. The longer we wait to support true Syrian moderate opposition and put a real force in Syria, the more likely expanded war (to include the nuclear threat) will become, regardless of our Ambassador John Kerry’s frequent flier miles and additional lines in the Sandbox drawn by President Obama. And not for the reasons most of us think.