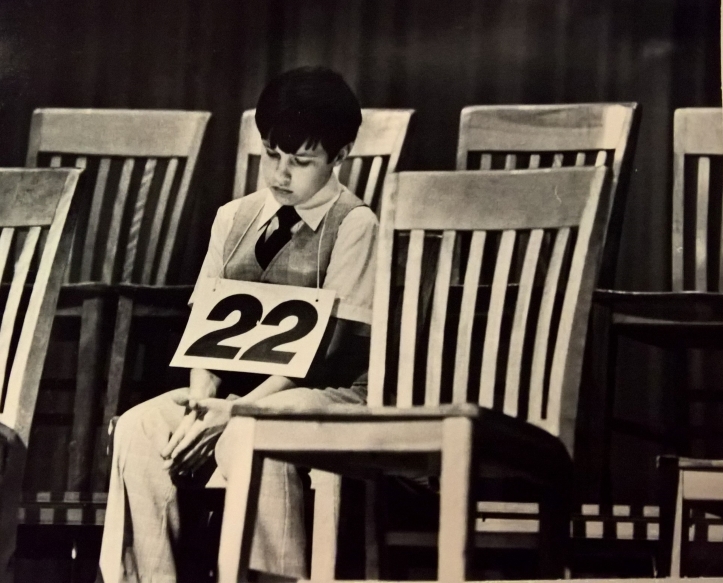 Three things to know about me.

1. At work, I sit at a glass desk. As in see through.
2. I work right by the main entrance to the office, so everyone walks by.
3. When I am concentrating on something, I tend not to notice other things around me. At all.

The pants in my zipper broke sometime this morning while at work. Or more correctly, they came unstitched on one side, so while the zipper worked, in theory, my fly was still open. I noticed this, of course, while standing in the Men’s room and not figuring out for a few minutes, why my fly was still open when I thought I had closed it just a second before.

Usually, this would mean I needed to head home. But in my new (windowless) office, I was prepared. I walked in, feeling lucky that my door was literally feet away. I closed and locked my door and opened the drawer where I had stashed key items for emergencies such as this. To include safety pins. Preparation had never felt so good.
Normally, I am pretty anti-sharp-stuff-in-my-crotch but this was an emergency. So I took my pants off, safety pinned the zipper to the pants, put said pants back on, and tested the zipper quite a few times. Everything worked correctly. My McGuyver career was in full swing.

A few hours later, as I was sitting at my desk, I grabbed a pen I had in my pocket and somehow must have brushed the safety pin.

“Ping!” said the pin as it un-safetied. I now had a pin directly threatening a lot of stuff I hold dear. I’d like to say I quickly surveyed my options, but really, all I thought was “Holy Shit, if I move, I’m going to spear my junk.” So I felt for the pin gently (very, very, very gently), through the fly, and after a couple tries, was able to re-engage the safety, so to speak. Relief and a bead of sweat rolled off my brow. I now know the exact feeling filmmakers try to convey as the hero tries to defuse whatever bomb and devious detonator they are facing. The only thing I was missing was the soundtrack.

It was then I noticed my darkened doorway. With two coworkers staring at me. Or more correctly, my glass desk. I just stared back. Not much else to say. But I’m sure it didn’t look good.